A Day in the Life with Cogito’s Josh Feast 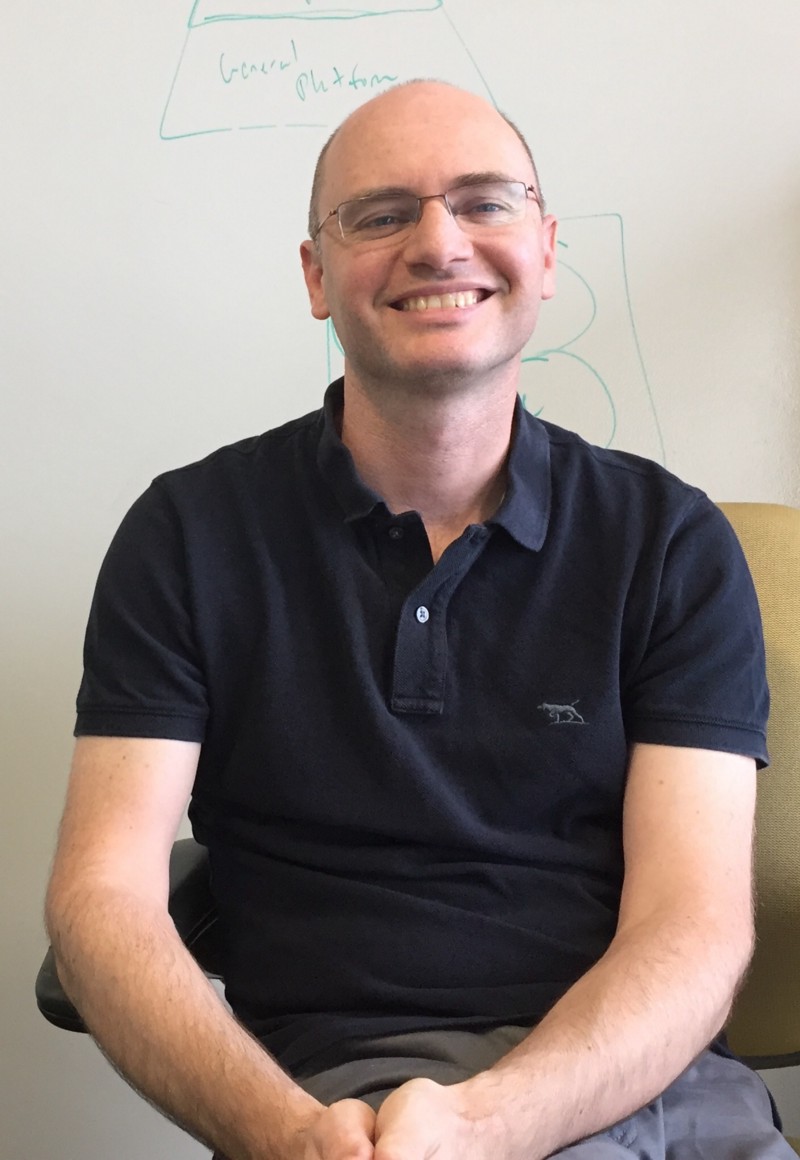 What’s it really like to be an entrepreneur? When the work never ends, how do you juggle running a company, bringing in new customers, interacting with investors, and having a life? This series takes a look inside a typical day for Romulus’ portfolio founders. Today, we’re following a day in the life of Cogito founder and CEO, Josh Feast.

On a recent afternoon at the tail end of summer, I ventured a few blocks up the street to visit Josh Feast, Cogito’s co-founder and CEO, in the company’s new office overlooking downtown Boston. The Cogito team had only been in its new digs for a week or two, but already it felt like home: employees bustled busily among workspaces, snacks and coffee filled the kitchen, and I spied an inviting (if unseasonable) Christmas tree — fully lit — at someone’s desk. Though the new office boasted more breathing room, the Cogito team seemed physically drawn to one another. Everywhere I looked, people were poised for collaboration. And that, I found as I talked to Josh Feast about daily life at his company, is completely intentional.

Josh, who co-founded Cogito when he was a student at MIT’s Sloan School of Management, is nothing if not thoughtful. That makes sense; his company is premised on the idea that behavioral science-powered artificial intelligence can help professionals have more empathetic, more thoughtful conversations. Cogito’s voice analysis technology is a market-leader that has already helped thousands of employees in large enterprises improve the service experience — for customers as well as for themselves.

I caught up with Josh to chat about how he structures his time, how he gets deeply involved in various areas of the business, and the four pillars that form the foundation of Cogito’s culture.

“I structure what I do around three different things,” Josh told me. “Strategy, people, and execution. The idea is that if you get the people right and the strategy right, the execution needs far less direct attention from the CEO.

“The other thing I do is deep-dive projects. I generally run a small number of these at any one time, where I’m typically looking into a particular aspect of our operations. Right now, I’m visiting all of our customers, spending time with them and meeting users and executives. I want to personally observe how impactful our software is, or can be, for their operations. For example, last week I was in Louisville with Humana.

“And that’s the general architecture of my time,” Josh explained. “The other area I think deeply about is how to best develop and promote the company’s culture.”

Culture-building is a task that’s not unique to any individual founder, but it certainly is one that takes a unique angle at each individual company. I asked Josh how Cogito’s culture has emerged.

[no_blockquote text=”“Cogito is built to do two things,” he said. “At our core, we create products that have never existed before, and happily the technology we have created has been shown to be effective and successful. It’s a particular culture that creates new things — and we have to maintain that culture while being high-performing from a customer service and operations perspective. There’s always a healthy conflict between execution and creativity.”” text_color=”” title_tag=”h2″ width=”” line_height=”” background_color=”” border_color=”” show_quote_icon=”yes” quote_icon_color=”#1caffb” quote_icon_size=””]

I asked Josh how he and the rest of the team grapple with that tension. “We have four cultural tenets that we try to adhere to,” he said. “The first is to focus on transformative human impact. At our core, we are going to help people live happier, healthier, more productive lives.

“The second thing is we want everybody to think from the first principles. Although we want to attract people with valuable experience, we don’t want them to blindly apply that experience at Cogito. We want our people to look carefully at problems, understand the causes, address the causes, and build from there. It’s like the mind of a scientist: it’s always a fresh look.

“The third one is that we embrace diverse perspectives. We put a huge amount of effort into inclusion and diversity as a company, because it’s the right thing to do for attracting great people, but it’s also the right thing to do if you want to be innovative. A reason we’re so serious about that stems from the roots of the company. We were only able to solve the original novel technical challenges because we got cognitive psychologists and signal-processing people and software engineers and businesspeople all in a room together, and that was what has repeatedly led to meaningful breakthroughs. We really need to have diverse perspectives in our organization but also have a functional way for everyone to coexist and share those perspectives effectively.”

That’s an important and admirable need, but one that takes forethought to execute. I asked Josh how they actively champion a comfort with and preference for diversity at Cogito.

“Part of it is how we recruit and whom we look for,” he said. “We explicitly test for that capability through a number of mechanisms. For example, every person at Cogito, before they join, has to do a presentation. It’s to a group of people from Cogito who are from different functional areas. And the basic idea is if you can talk about a topic that you know really well with a group of people who are also smart but don’t know your topic, that’s a good indicator that you can collaborate effectively with people who are not like you.”

I asked Josh about the final pillar — the fourth framework that defines company culture at Cogito.

“We want people to be gentle and professional,” he explained. “We have to be professional in the sense that we look after important data and impact high value operations, and so we have to have high standards. Our customers are some of the largest and most trusted organizations in the world, which serve hundreds of millions of consumers. But by the same token, we don’t want to create an environment where people are overly harsh on themselves or others if a given new idea isn’t necessarily perfect. It has to be the kind of environment where there’s a certain level of safety that you can experiment intellectually, and that’s also really important.”

What are some of the tools and programs Cogito employs to enact these frameworks?

“It’s never any one thing,” he said. “We have a couple of mechanisms. One is a program called Mission Cogician. We run it every few weeks, and most people get involved. Everybody goes out to lunch with somebody they don’t know from a different team.” The impetus behind this is much more than a shared appreciation for good food. “If you can see somebody else as a human being,” Josh explained, “even if they’re not from your area, then you’re much more likely to collaborate, and you’ll see the fact that people maybe come to work playing a certain role, but they’re actually multi-dimensional beings. And recognizing that is very important for team work.”

A focus on collaboration extends to Cogito management, too. “The leadership team has to collaborate effectively as well,” Josh said. “When we do weekly management meetings, we’re always going through weekly metrics, how are customer engagements progressing, how satisfied are our customers? How are we trending in key operational indicators? We review issues and risks, we manage the pipeline, of course, and we talk about strategic company initiatives.

[no_blockquote text=”“At the end of the day, it’s about relationships — the relationships we build amongst the executives that choose to work with us. We’re always looking to deepen that. We don’t always agree on a given topic, but we operate from mutual respect and a common desire to drive company and customer success.”” text_color=”” title_tag=”h2″ width=”” line_height=”” background_color=”” border_color=”” show_quote_icon=”yes” quote_icon_color=”#1caffb” quote_icon_size=””]

As the founder of Cogito, Josh has been with the company from its earliest stage: when it was just an idea in the Human Dynamics Lab at MIT, to when it was funded by DARPA and focused on applied R&D, to its current stage. It’s easy to see what’s changed over the past years, but I also asked Josh what has stayed the same.

“Helping people, and empathy. I think that’s one of the threads that has really driven through every phase,” he said. “When our teams go out and sit in the call-center with agents in their daily jobs, they have this great deal of empathy for how they work, what they’re doing, how hard it is. That seems to me consistent. And at the end of the day, the technology is amazing, but people choose to work here because they are creating something that helps people live better lives.”

Check out this video to learn more about Josh and Cogito.